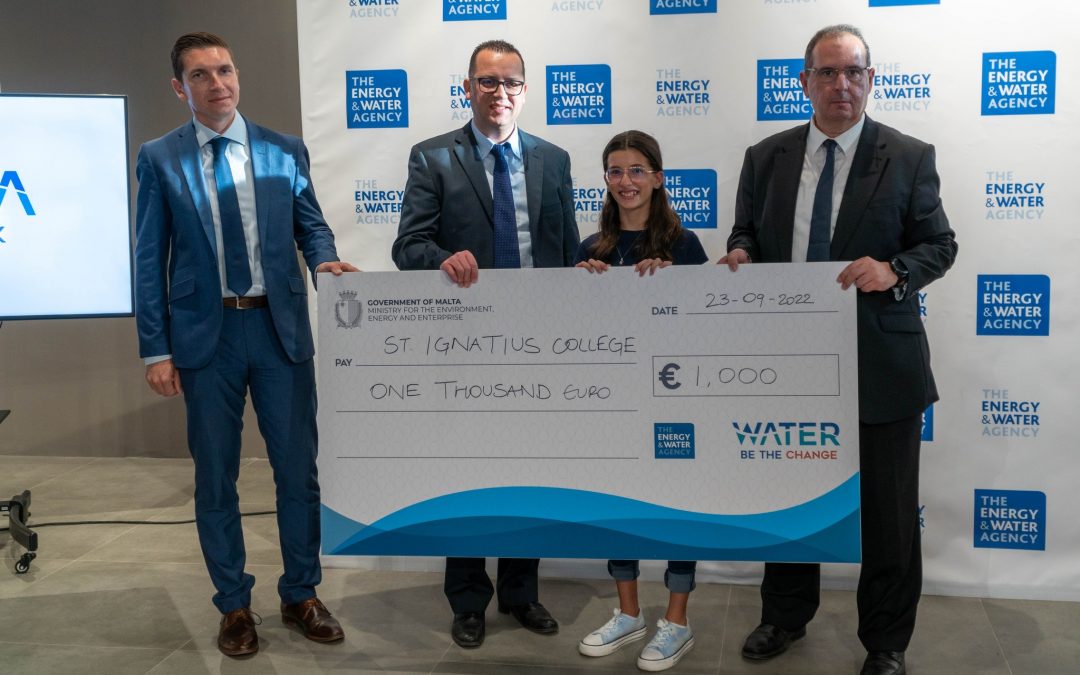 The Energy Water Agency has launched this initiative as part of the “Water – Be the Change” campaign with the aim to enhance awareness about the importance of conserving water while enabling schools to showcase their students’ artistic talents.

This competition was open for all local Primary school classes from year one to year six. Participating schools were asked to create a one-page comic about water conservation. Each school could present up to a total of three submissions.

A total of eight comic strips have been shortlisted and which will be eventually published on Sagħtar magazine in the consecutive months between October 2022 and May 2023 for readers to enjoy. A panel of judges that included representatives from the “Water – Be the Change” Campaign and Sagħtar have decided on the shortlist as well as selecting the top three winning comics.

The prizes up for grabs are financial contributions towards the school’s water conservation projects. These can be used for the introduction or improvement of any water fixture or devices within the school building – with the aim of conserving more water within the school. The prizes were:

The runners up for this award were St Nicholas College, Baħrija and  St Theresa College, Lija/Balzan/Iklin.

During the Awards ceremony night the eight schools featuring on Sagħtar were also announced and given participatory certificates:

During the award ceremony, The Energy and Water Agency announced and launched the new school competition “Keeping water Alive” through the LIFEIP Project. The aim of this initiative is for children to speak to elderly persons about water management and to transfer this knowledge between generations through the preservation and dissemination of this knowledge through art and literacy.

The Minister for the Environment, Energy and Enterprise, Miriam Dalli and Manuel Sapiano, CEO of the Energy and Water Agency thanked and congratulated all the participants that have participated. Both encouraged and remarked that efficient water use is a common responsibility and that if we do a little bit together it will result a lot for each other.