Successful end to Water – Be the Change campaign in Gozo 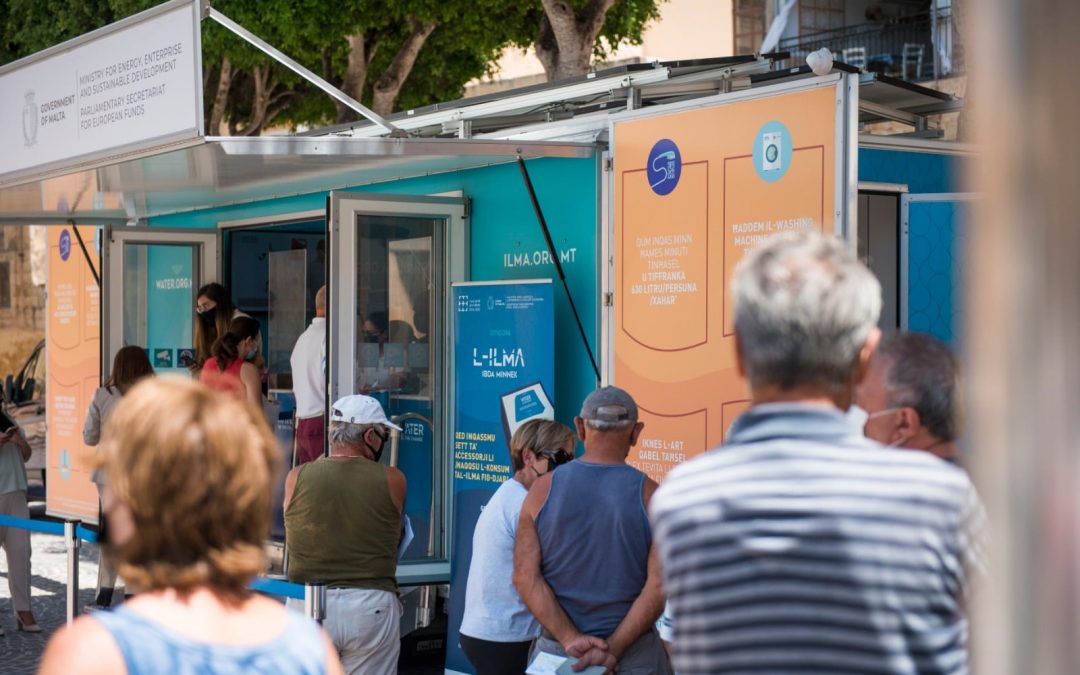 During the past seven weeks, thousands of Gozitan families have received their water conservation gift packs with useful tools and gadgets to increase their water efficiency in the household. The WATER – Be the Change campaign has now successfully ended in the island of Gozo after the mobile unit visited every locality.

In this time, over 12,000 Gozitan families had the opportunity to collect their water saving kits. Even though the campaign will now continue its information and distribution campaign in the remaining Malta localities, the collaboration with the Ministry for Gozo will be extended to ensure that all Gozitans will have the opportunity to collect their kits if they haven’t’ yet done so.

This further collaboration was announced by Minister for Energy, Enterprise and Sustainable Development Miriam Dalli, Minister for Gozo Clint Camilleri and Parliamentary Secretary for EU Funds Stefan Zrinzo Azzopardi during a press conference in Qala, Gozo to mark the successful end of the Gozitan campaign. The campaign mobile unit will be present during a number of activities to be organised in Gozo in the coming months.

In his comments, Michael Schembri, Chief Policy Officer for Water within the Energy and Water Agency explained how this collaboration will provide more opporunities for Gozitan families to collect their gadgets if they haven’t yet done so during the campaign.

Minister Dalli said that through these small changes in our daily routines, we can achieve considerable change. In fact, a family of four can reduce their water consumption by around 40,000 litres per year by installing these gadgets that the Agency is distributing whilst practicing the water conservation tips being disseminated through the WATER -Be the Change campaign.

The campaign is run by the Energy and Water Agency within the Ministry for Energy, Enterprise and Sustainable Development and is co-financed by European funds under a cohesion project.