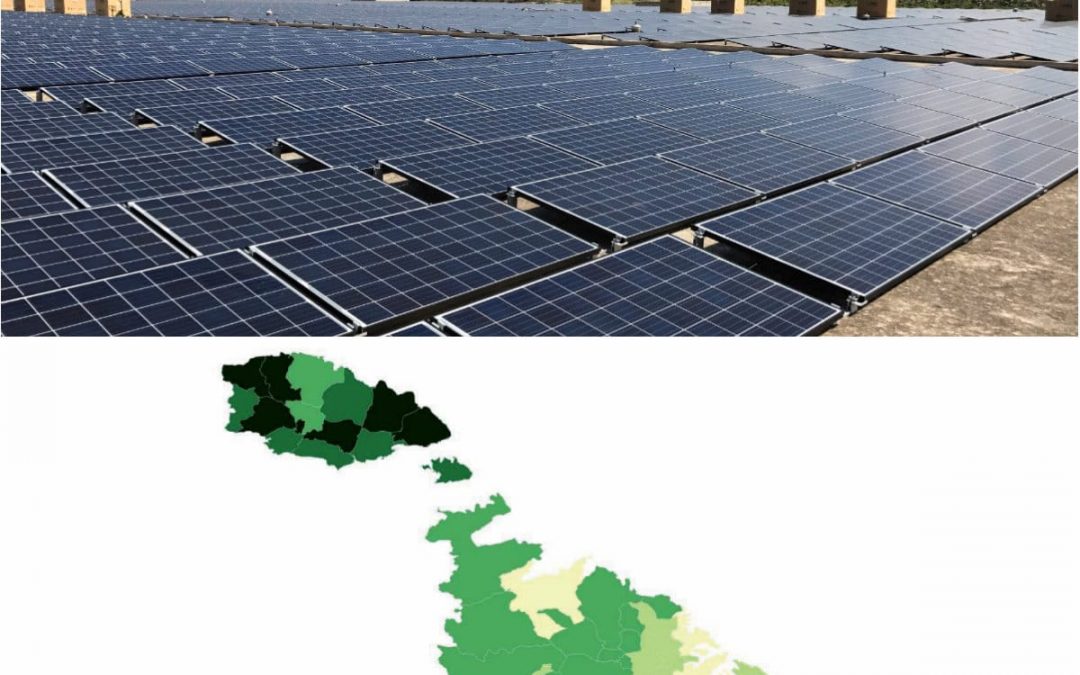 Malta has seen a 22% increase in its energy production from photovoltaic systems (PV) in 2017. Data published by the National Statistics Office shows that in 2017 the renewable energy harvested from grid-connected PV systems in Malta totalled 155.3GWh.

Gozo district with the most PV systems per 1,000 resident

In 2017, the Gozo and Comino district had the most PVs installed in the domestic sector per 1,000 residents. In fact, the top 10 localities in the country, were registered in this district. The Gozo and Comino district had an average of 104 domestic installation per 1,000 population. However, the same district showed the lowest increase in new installations throughout 2017. The lowest PV ratio was registered in the Northern Harbour district, comprising of B’Kara, Gżira, Qormi, Sliema, Swieqi, St. Julians, Ħamrun, Pembroke, San Ġwann, Santa Venera, Ta’ Xbiex and Tal-Pietà, with 29 installations per 1,000 population.

The domestic sector was also the leading sector, by far to own such systems, with 94% of the total stock of PV installations being in this sector. The commercial and public sector follows with 4.9% and 1.1% respectively.

The production of energy from PVs during 2017 also resulted in a 20% increase over 2016 with the total kWp amounting to 112,341.4. The domestic sector was once again leading this with 54% whilst the commercial and public sectors followed by 41.2% and 4.8% respectively.

To view the full report from the National Statistics Office, click here.