Over 2 tonnes of Waste Collected in Isla Sea Clean-Up 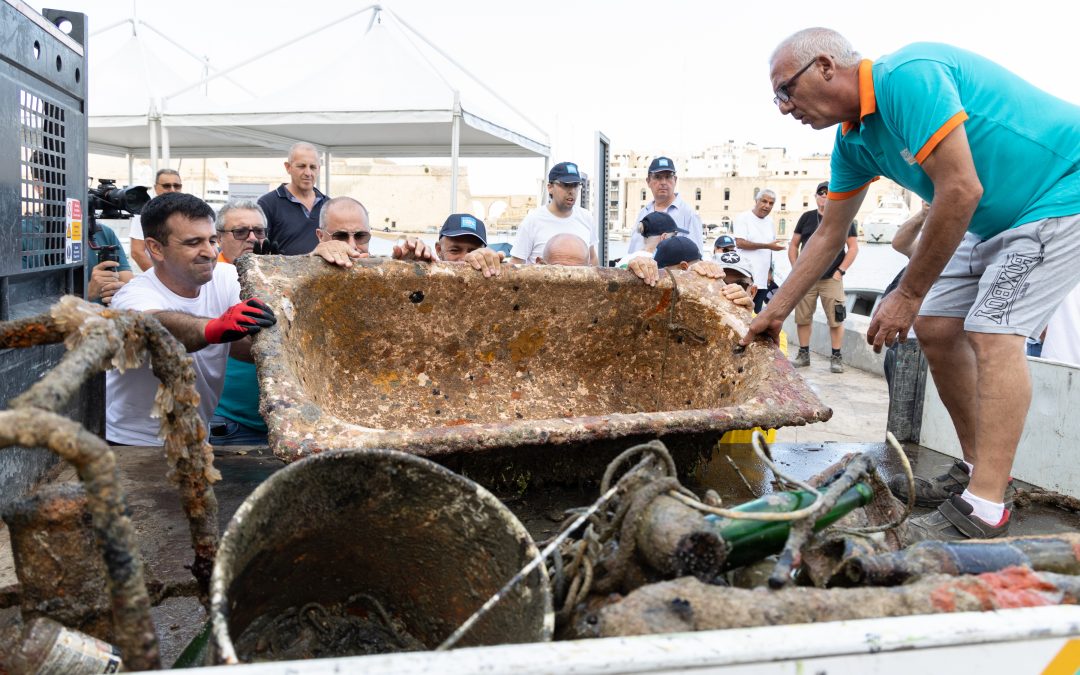 The Energy and Water Agency joined the Ministry for the Environment, Energy and Enterprise in a clean-up campaign currently underway by Parks Malta.

The Sea Clean-Up took place in Isla. Over 20 divers and snorkelers, from various government entities including the Energy and Water Agency, ERA, and a number of other entities offered their support. Swimmers along with volunteers picking up waste from the shore also assisted in the clean-up.

The Energy and Water Agency participated in this initiative as part of its Corporate Social Responsibility program to continue raising environmental consciousness amongst the public and promote a cleaner and safer environment. However, the work will not stop here, in fact for every tonne of waste collected two trees will be planted.

Manuel Sapiano, CEO of the Energy and Water Agency thanked all the entities and participants that offered their support. Sapiano added that such activities are of great importance for the Agency. The sea clean-up has become an annual activity for the agency. Last year the same site was also chosen following an analysis of the seabed carried out by EWA. The analysis indicated that a substantial amount of waste had been disposed of illegally.  This year over 2 tonnes of waste were collected from the sea bed including a considerable number of glass bottles, metal, and pipes. Several chairs, batteries, ropes, tires, and even a bathtub were also collected.

The Minister for the Environment, Energy and Enterprise, Miriam Dalli explained how this nationwide campaign has been going on for weeks. Minister Dalli continued to add that “During the past year we have seen a strong response from various associations and the general public to the cleaning campaign we launched. So we decided to organize this campaign again to continue raising more awareness to keep recreational spaces clean. Awareness should not stop at clean-up, so once again we will be planting two trees for every ton of waste collected during this campaign”

The sea clean-up was organized in collaboration with the following entities: