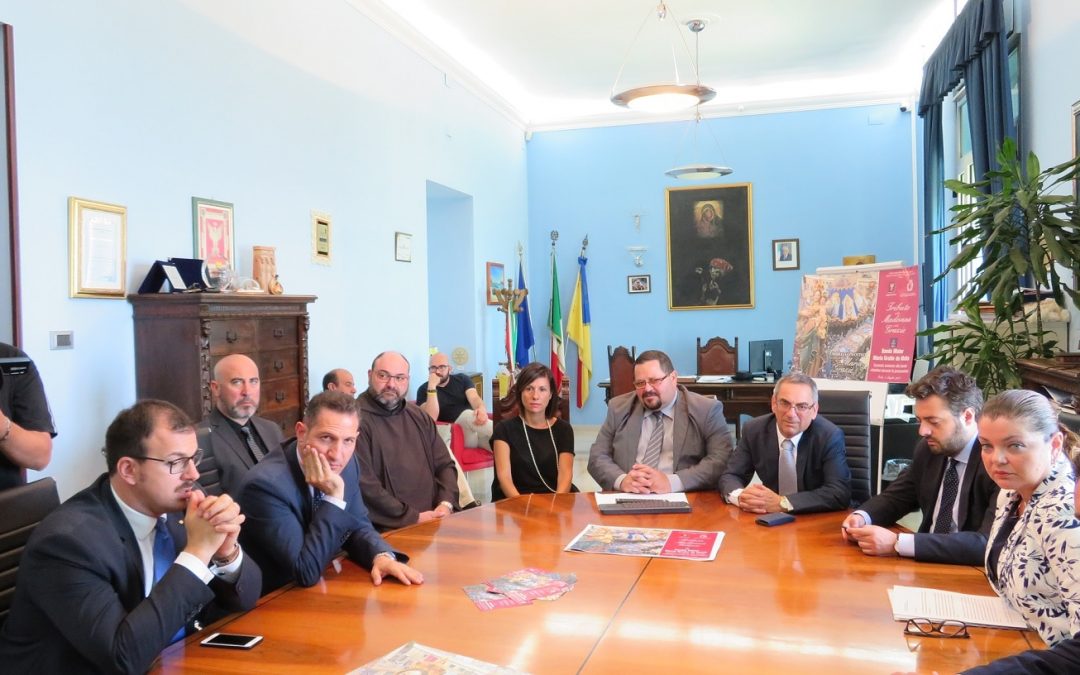 During the past weekend, Minister for Energy and Water Management Joe Mizzi visited neighbouring Sicilian city of Gela, where the Malta-Italy gas pipeline will start. During his visit, Mizzi addressed a press conference together with Gela Mayor Domenico Messinese, Vice-Mayor Simone Siciliano, Council President Alessandra Ascia and a number of other representatives and councillors from the region, where they spoke about the gas pipeline connecting Gela in Sicily to Delimara in Malta.

This visit coincided with the Gela feast of Our Lady of Graces, which is traditionally celebrated locally in Zabbar. Minister Mizzi remarked that this was a clear example of the common heritage and link between the two countries.

During the visit, Minister Mizzi thanked the Municipality of Gela for its support particularly in the past few months where progress was being made in the gas pipeline project. This project is an international energy project that has been identified by the European Union as a project of importance at European level to ensure that the European Gas network is extended to now link Malta to the European mainland.

Joe Mizzi also gave thanks to the representatives of the Gela municipality and a number of other representatives for their support and professionalism in the preparation phase of said project, specifically during the public consultation phase with the Gela session happening last April. Its aim was to understand and address the concerns and opinions of the Gela residents with regards to the implementation of the project.

“In this way, the gas pipeline project can also be seen as a catalyst for closer relations between our populations and hence leaving a positive effect on the daily lives of our citizens through the promotion, coordination, and strengthening of our mutual collaboration in areas of common interest such as tourism, culture, artistic heritage, youth and sports,” remarked Minister Mizzi as he highlighted the importance of the geographical and socio-cultural link between Malta and Sicily.