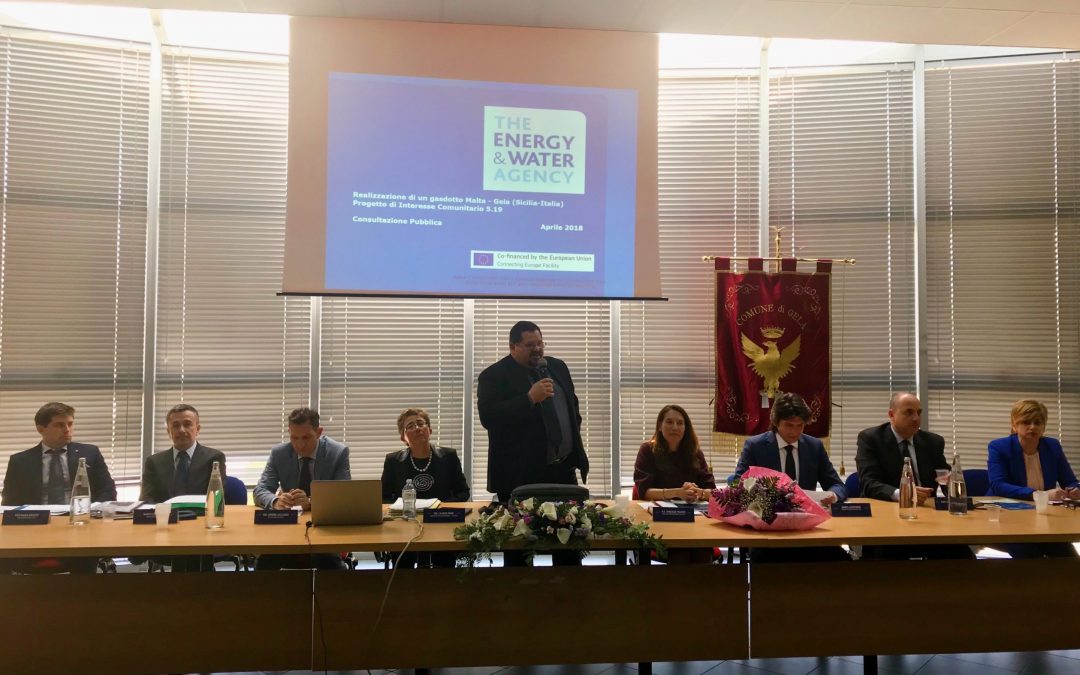 A series of public consultations have just come to an end as part of the permit granting procedure in the gas pipeline project between Malta and Gela in Sicily.

These public consultations took off in Malta last week at the Marsaxlokk Primary School, and continued throughout this week with two public hearings in Sicily and one in Rome. These meetings were important, not only for legal purposes but also due to the project’s importance since it is a Project of Common Interest and thus, of priority to the European Union.

As was expected, the most eventful meeting was the one that took place in Gela, Sicily where the pipeline landing point is expected to be. During that hearing, several residents voiced their concerns which were immediately addressed by the Maltese delegation, whilst some others were taken on board to be included in future studies.

It was noted that this project will not only serve to provide Malta with a continuous supply of natural gas, but it is a way in which collaboration can be increased between these two neighbouring countries, on different levels.

The Maltese delegation, which was made up of the Maltese Ambassador for Italy Vanessa Frazier, The Energy and Water Agency’s CEO Daniel Azzopardi together with a technical team from the Agency, which is implementing the project, was pleased to note the positive feedback it received during these public consultations.

As soon as the public consultation ends on the 20th of May, the tenders for the Environmental Impact Assessment, the Marine Survey and the FEED will be issued. These will be funded through EU funds that the EWA has secured earlier this year, with the goal to issue the construction tender in 2020.