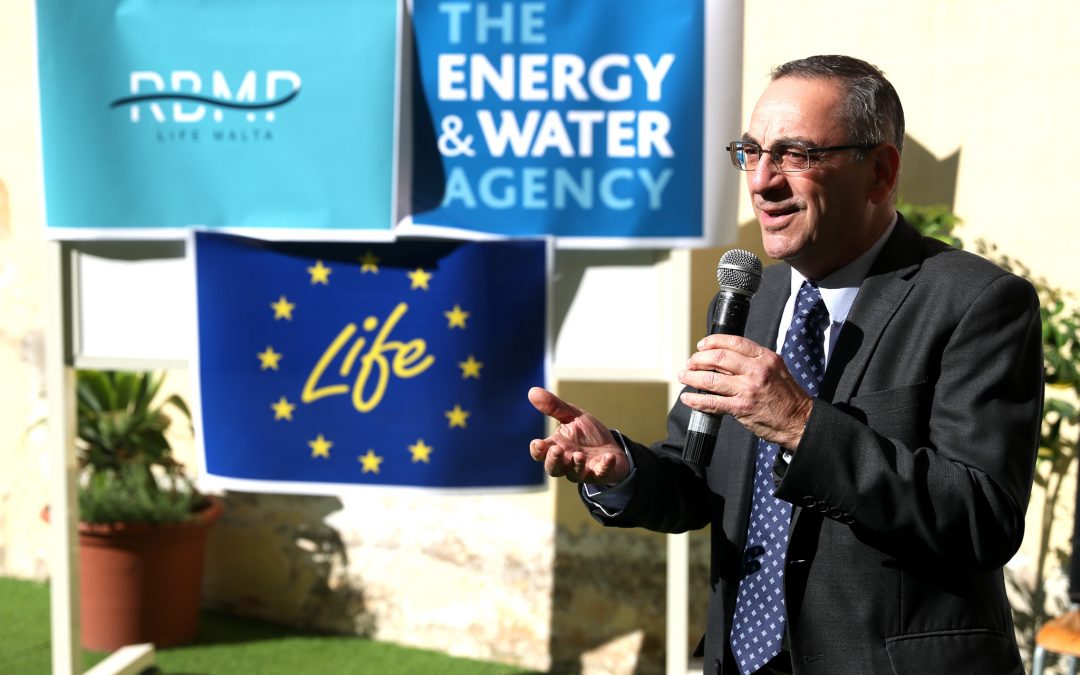 This morning, Minister for Energy and Water Management Joe Mizzi inaugurated the project where rainwater will be collected in designated storage units for the school, to make use of for its day-to-day needs. An immersible pump will also be put in tanks and piping system will be installed to feed into other tanks on the roof.

In his comments, Minister Mizzi insisted that this initiative is not only important for its rainwater harvesting goals at the school, but more importantly because students will be involved in awareness campaigns throughout their schools, in their homes and in their community to pass on the water conservation message.

The students at the Senglea Primary school will also be involved in monitoring the school’s water consumption, create awareness among their peers and conduct a survey on how water is used at the school, among other initiatives.

This and other similar projects, which are managed by the Energy and Water Agency, through the LIFE-IP RBMP-MALTA Project will see 10 schools benefiting from over €10,000 to materialize their project to further improve their water conservation and rainwater harvesting efforts.

These projects are also possible with the help of other entities, namely HSBC and Water Services Corporation. 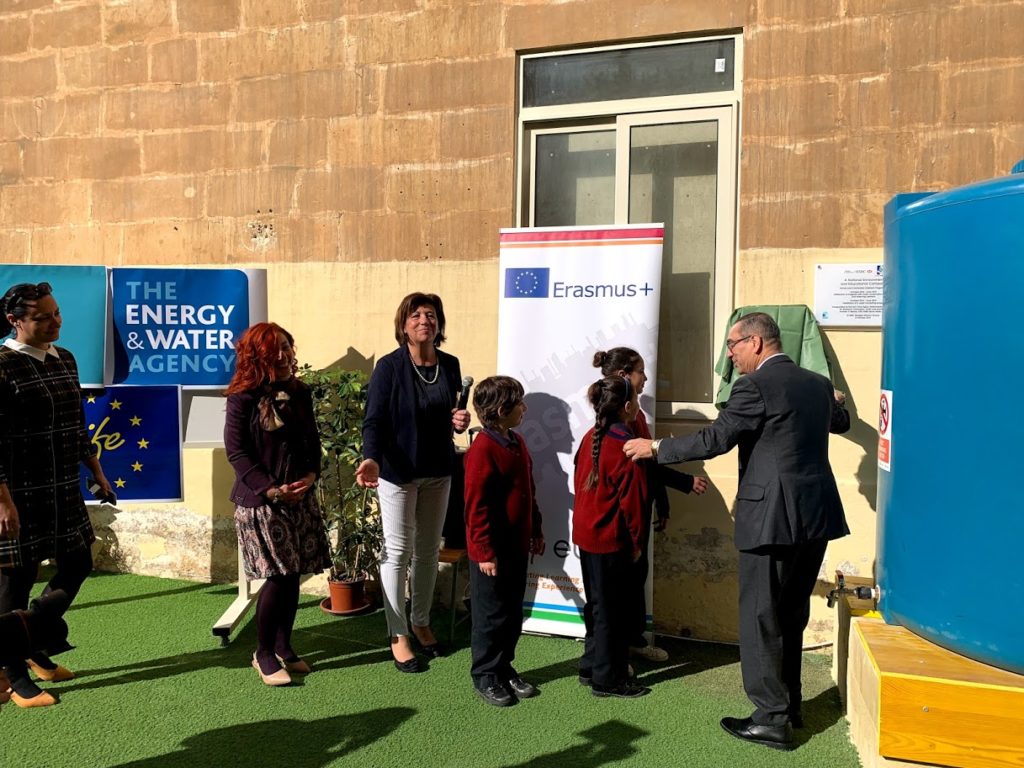