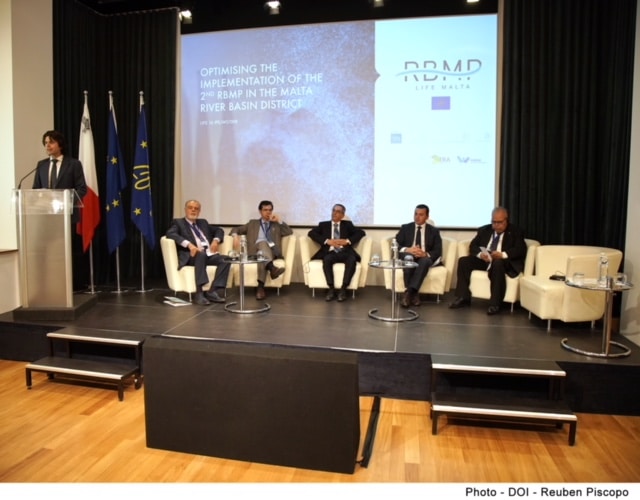 Through a major €17 million project, Malta will change its perspective and the way it views water and water conservation.

The Energy and Water Agency has launched its LIFE Integrated Project: Optimising the implementation of the 2nd RBMP in the Malta River Basin District with aims, amongst others to improve water conservation awareness locally.

The EU funded project, at the rate of 60%, equal the total amount of funding that Malta has benefited from the LIFE Programme since 1992. This augurs well for the future of the country, to become ‘trend setters’ in EU funding.

This LIFE Integrated Project has the aim that amongst others implements concrete actions to effectively reduce water consumption while increasing awareness. Such actions include household water consumption audits, the introduction of an eco-labelling scheme and targeting the younger generation in specifically targeted educational campaign particularly through the Water Conservation Awareness Centre –GĦAJN and the general public through annual activities for the World Water Day.

During the launch, Malta’s unique water situation was highlighted particularly its water scarcity and the increase in demand due to the island’s density reality and lack of natural resources. One of the main targets of this projects is to become a blueprint and a model for other countries with similar water realities to follow.