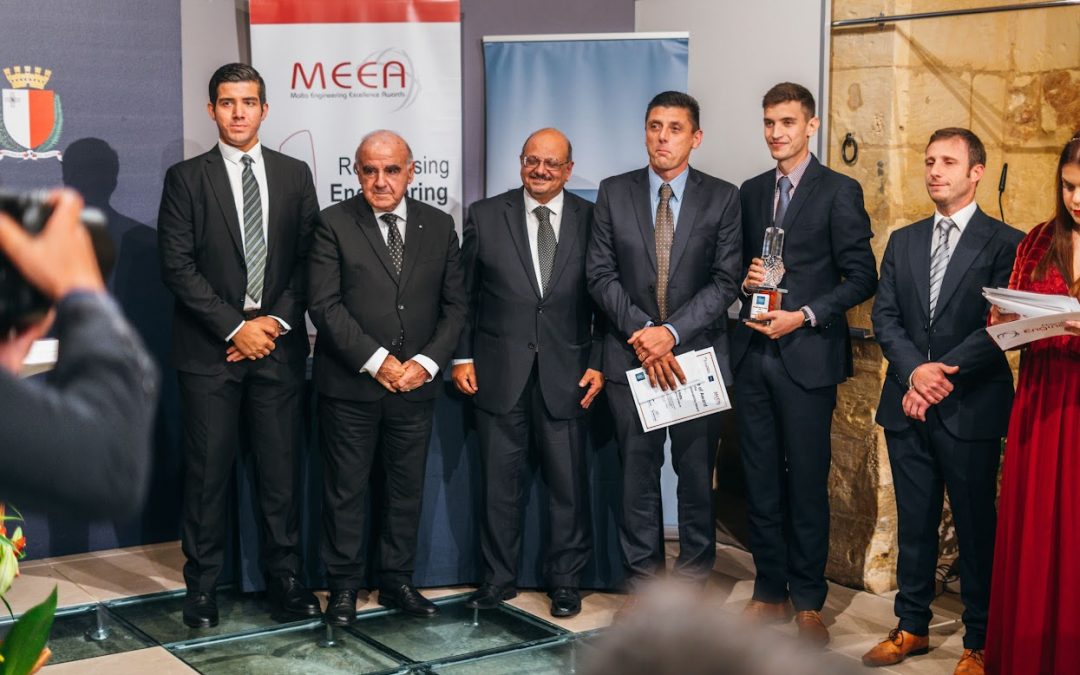 The 21st Edition of the Malta Engineering Excellence Awards (MEEAs) were successfully held on Friday 02nd December 2022, at the De Paule Hall of San Anton Palace. The MEEAs 2022 were co-organised with the Energy & Water Agency and held under the distinguished patronage of H.E. George Vella, President of Malta.

This year’s edition of the Malta Engineering Excellence Awards saw a most encouraging number of nominees and the Chamber was satisfied to report a high response for attendance ahead of the event, marking the excitement for the MEEAs, and their valuable importance for the engineering community and society at large.

There were a total of five nominations for the Energy and Water Sustainability Award, which Baxter Malta won. The runner up for this award was STMicroelectronics Malta , followed by Danish Bakery Ltd. The other nominees were Multi Packaging Ltd. and Paradise Bay Hotel Ltd.

The full list of awardees during the night is as follows:

The MEEAs 2022 celebrated the achievement of students, engineers and organisations and has continued promoted engineering excellence in Malta in terms of innovative and sustainable solutions.