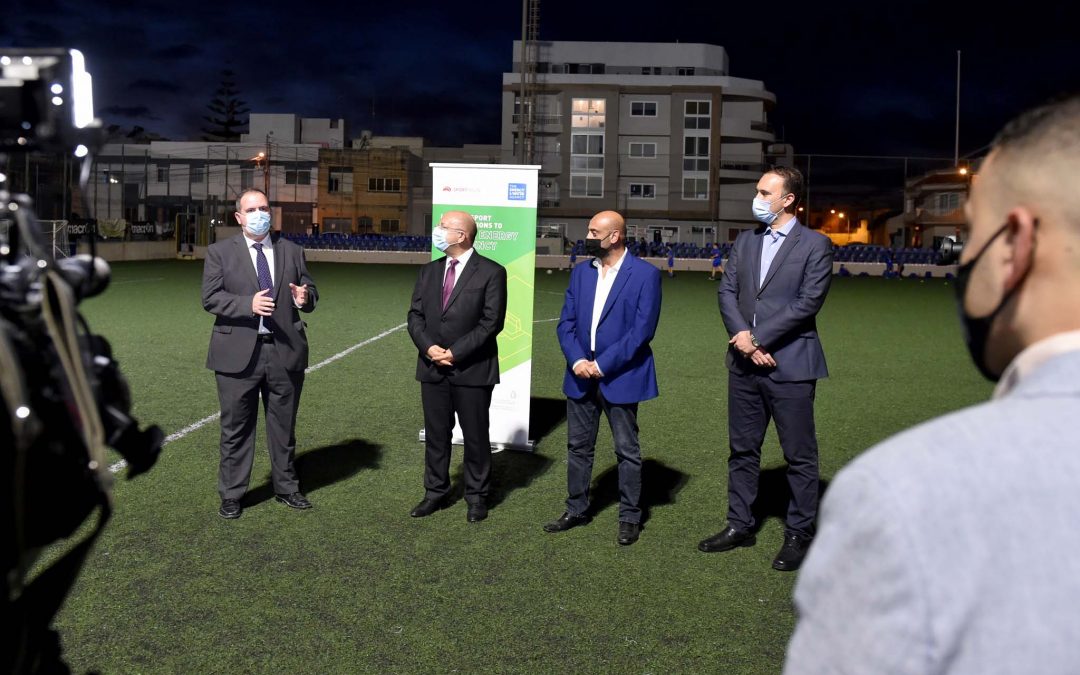 45 sports organisations will be benefitting from lower electricity bills thanks to investments done within their facilities to increase their energy efficiency.

During a press conference, Minister for Energy and Water Management Michael Farrugia announced that these organisations will have made use of more than €800,000 in energy efficient investments through the Energy and Water Agency schemes.

The press conference was held at the Mosta football ground which was one of the beneficiaries of this scheme, where the electricity system of the facility has been updates to LEDs with higher efficiency.

Minister Farrugia listed the numerous schemes and initiatives currently being offered by EWA, including Energy Audits for SMEs.

This scheme has helped 45 spoprts organisation through and investment of €800,000 which amount to 460 tons of CO2 yearly. The organisations varied in sector and included football, tennis, water polo, athletics, basketball, judo and hockey amongst many others. The most popular investment was the replacement of lighting systems to more efficient ones, whilst others invested in air conditioning systems, heat pump water heaters and intelligent lighting systems.

The average investment for each organisation was of around €20,000 which in return would help them save €4,000 yearly in energy bills.